The Bear Over Innsmouth

Welcome to the
Solo Champions League

Another day, another threat.  These Villains aren't going to thwart themselves!

The LAtest RoundJoin the Discord

What is the Solo Champions League?

The Solo Champions League takes the win/lose condition of Marvel Champions and asks "how well did you win?" or "how badly did you lose?" by comparing your results against people playing the same set-up.  We use measurable stats like turns taken, Villain + Minion HP, and Hero + Ally HP. Your score is calculated and released at the end of each Round.  5 Rounds makes a Season and each Season brings new challenges! 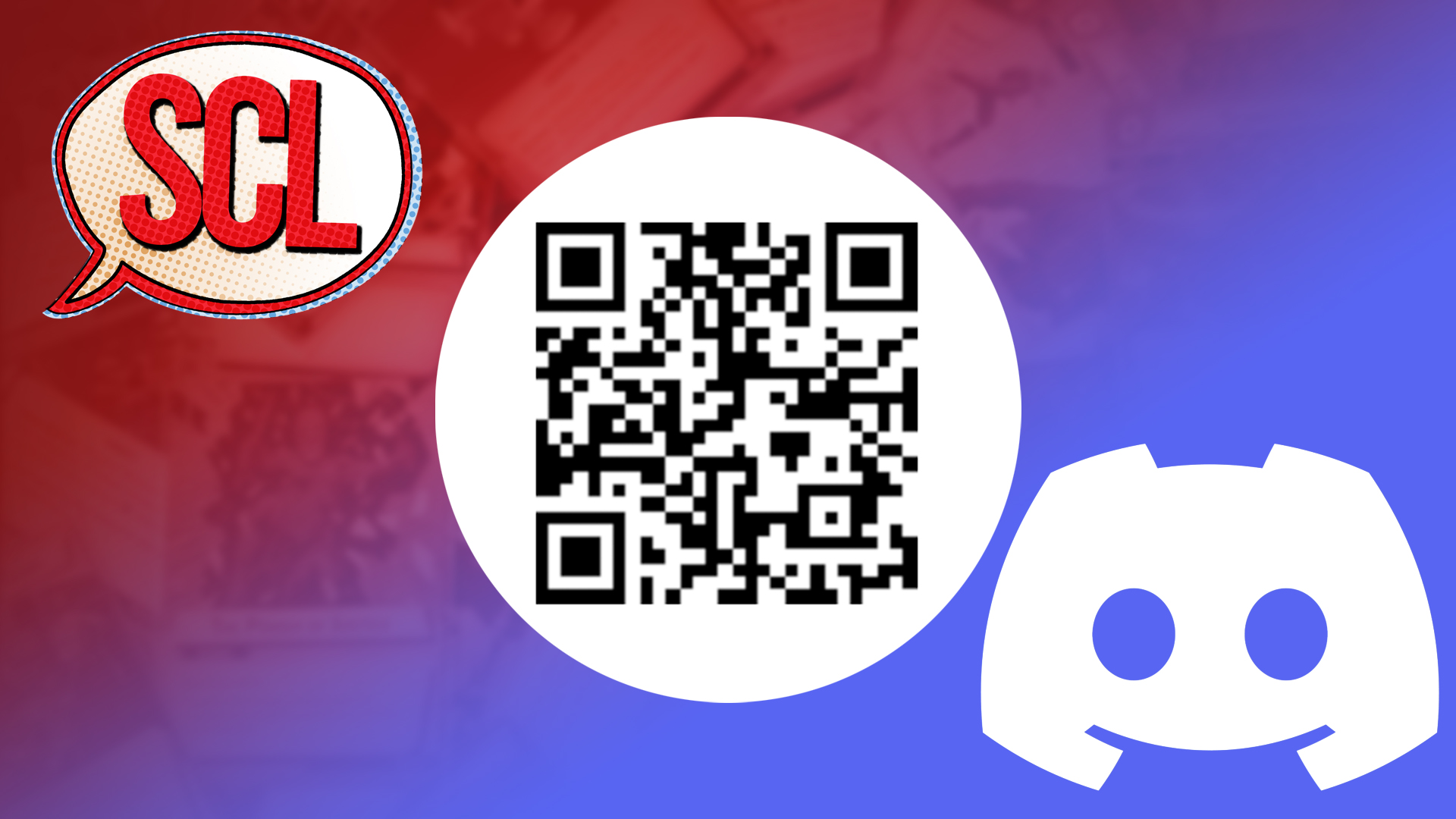 The Discord is the center of the Solo Champions League community.  This is where you want to be to talk to other players, discuss strategy, share your victories, commiserate in your defeats, and maybe even join a game!

‍The Present Future War + Kang (Scarlet Centurion) from the game.  These will not be used.  The first time you reach stage 2A of the Main Scheme, shuffle The Realm of Rama-Tut, Inexorable Fate, and The Chronopolis together.  Reveal one at random.  For future attempts, remove the already completed Stage 3 Scheme from the random draw pile.  By the end of  your 3 attempts, you should have played each Stage 3 once.

Each Round has a unique deck-building restriction that must be followed.  These restrictions do not efect your hero's signature cards.

No more than two upgrades in deck by name

Must have 3 copies of every (non-Ally) card in your deck.  No Unique cards allowed.  Exactly 3 Allies in your deck.

No cards with cost 4+

Remove The Realm of Rama-Tut + Kang (Rama-Tut) from the game.  These will not be used.  The first time you reach stage 2A of the Main Scheme, shuffle The Chronopolis, Inexorable Fate, and The Present and Future War together.  Reveal one at random.  For future attempts, remove the already completed Stage 3 Scheme from the random draw pile.  By the end of  your 3 attempts, you should have played each Stage 3 once.

Choose Your Own Difficulty

Remove Inexorable Fate + Kang (Iron Lad) from the game.  These will not be used.  The first time you reach stage 2A of the Main Scheme, shuffle The Chronopolis, The Realm of Rama-Tut, and The Present and Future War together.  Reveal one at random.  For future attempts, remove the already completed Stage 3 Scheme from the random draw pile.  By the end of  your 3 attempts, you should have played each Stage 3 once.

Each Round will offer two possible difficulty options. Bonus XP will be awarded based on chosen difficulty.

Risky Business + A MEss of THings

Before each attempt reveal a Rescued Hero (Taskmaster) and shuffle it into your deck. Remove that hero at the end of the game and randomly draw from the remaining heroes for your next attempt. By the end of your 3 Attempts, you should have used 3/4 of the Rescued Heroes with no repeats.

Set-up will follow the standard  Solo-Play rules printed in the official rule books.  Be sure to check Current Round info to be sure you're following the proper constraints. You'll be completing 3 games during each round, each using the same Hero, Aspect, and deck construction.

The latest reporting page can be found below the Current Round info and should be filled out after the completion of each match. Meaning, I should receive 3 reports from you each Round. If you submit more than 3 reports, only the first 3 will be accepted. You'll have until end of day on the final day of each Round to get your third report in. If you complete less than 3 games, your data will be removed from the set and you'll be excluded from the ranking. This is the only fair way to stop people from taking advantage of having one really good game to base their score on.  Results of all reporting will be shared in the following days, pending my availability.

At the end of each Round I'll release Round Rankings, Season Rankings, and Overall Rankings in the results section.  We use what's referred to as "Themed Scoring" to determine scores and rankings.  Think of scoring like a rubric the citizens of whatever city you want to imagine use to rate hero performance and compare results.  League Rounds completed would be like a dependability score, how often does hero x show up?  Villain Score would be akin to how often the Villain and all of their minions are apprehended.  Etc.

Rankings will be determined with the following weighting:

Your score is then modified based on your XP.  The more often you play and the more difficult the Rounds you attempt, the bigger the bonus you receive to you score.

Where does each score come from?‍

What cards are legal to use in League play?

Any officially released card can be used assuming you are following the proper deck-building constraints (all Hero cards, 1 Aspect unless otherwise allowed, number of cards, etc.)

My name isn't on the reporting form.  Did I do something wrong?

Probably not.  i have to add names manually to that list. To make my life easier I do it all at once at the end of a Round. For your first Round, simply select *New User* for all three attempts. If you've previously completed a Round and you don't seen your name there, please feel free to reach out to me.

Season X, Round Y is over.  Can I still enter?

Not at this time.  I am working on a potential workaround for this. Stay tuned!

I made a mistake on my reporting form. Can I fix it?

No problem.  Simply re-submit the form with the correct info and call attention to the reason for the changes in the "Questions and Comments" section.

What is proper "practice Round" etiquette?

Everyone has their own personal feelings on this issue.  Some play their chosen Hero + Aspect against a different Villain + Module. Other players practice with the Round's set-up and go in acknowledging it's a practice Round to tweak their deck/strategy. There is no set in stone rule other than when playing an official match, play it to the end and do not turn a practice match into an official match just because it's going well. Official matches should be played in their entirety knowing that it is an official match.

Why can't I change my deck between attempts?

The reason we have 3 attempts with the same deck each Round is to prioritize skill over random luck.  Anyone could get a series of great draws or lucky encounters.  Few are that lucky over three matches.  This levels the playing field and lessens the effects of random chance.

In the simplest terms Flights are 3 divisions based on skill while Ranking divides each flight based on League scoring.

In more detail, XP is factored into your score as a "dependability" score.  How often does your hero show when times are tougher?  When calculating which Flight you'll be part of, we remove XP from the equation, leaving just the skill based stats remaining.  Once your flight is determined you're then ranked against those within your same Flight/similar skill level, this time with XP factored in.

Flights are re-calculated each Round.

What makes someone an Agent of S.H.I.E.L.D.?

The Agent of S.H.I.E.L.D. is the player with the single highest scoring game in a given Round.  They may not be the top player based on their other two games and they may have just been very lucky.  Either way, their one exceptional game garners this title and associated praise.

An Alliance is a group of 2-5 Solo Champions League members who work together to compete against other groups in the Alliance Leaderboards each Round.

How Do Alliances Work?

In any given Round, each player still plays solo but their scores are combined to create an Alliance score.  The catch?  No two players in the same Alliance can play the same Hero + Aspect combination.

Who Can Start or Join an Alliance?

Alliances are open to anyone who has completed at least 1 Solo Champions League Round.

How Do I Start an Alliance?

Registering an Alliance can be done through the form below! 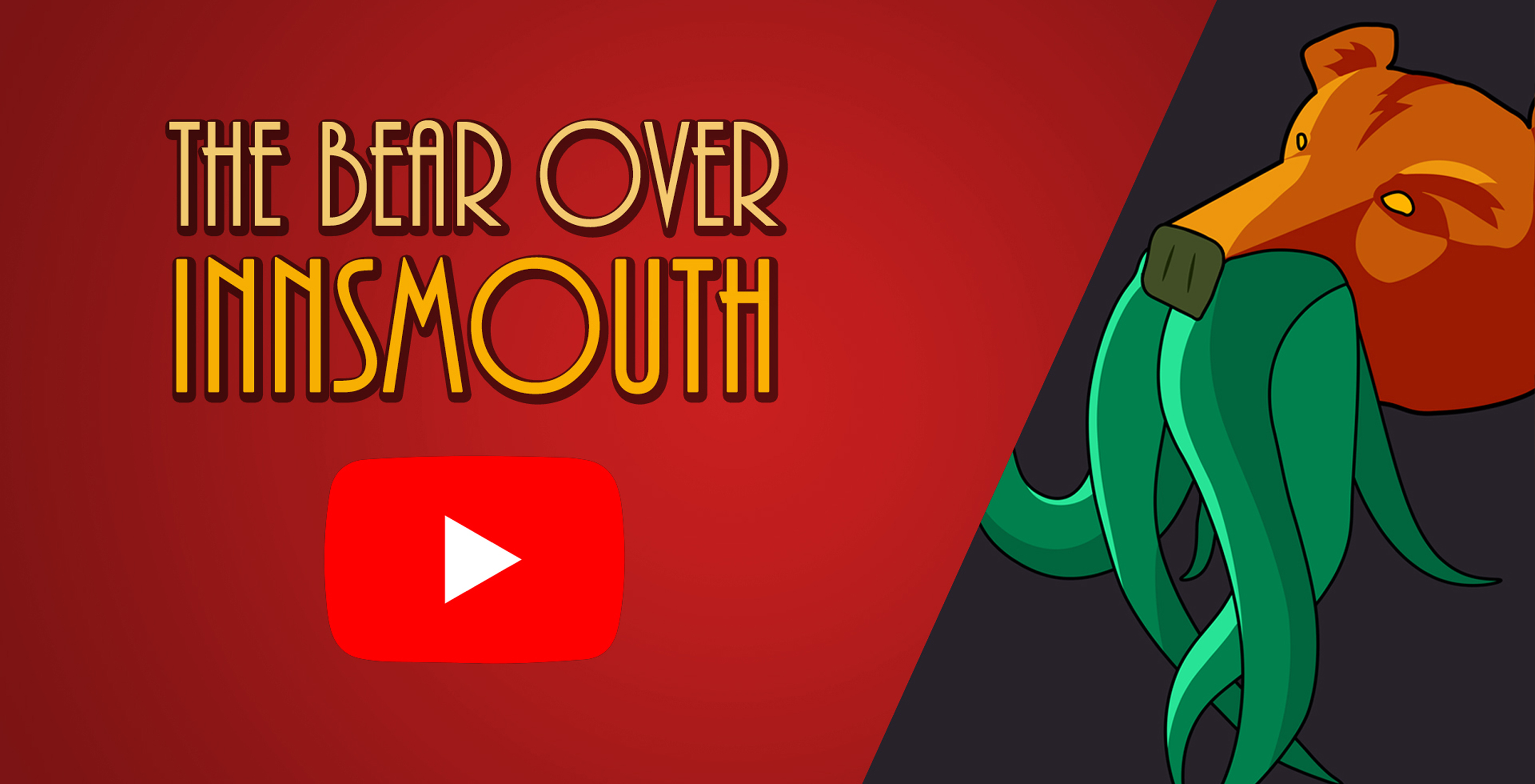 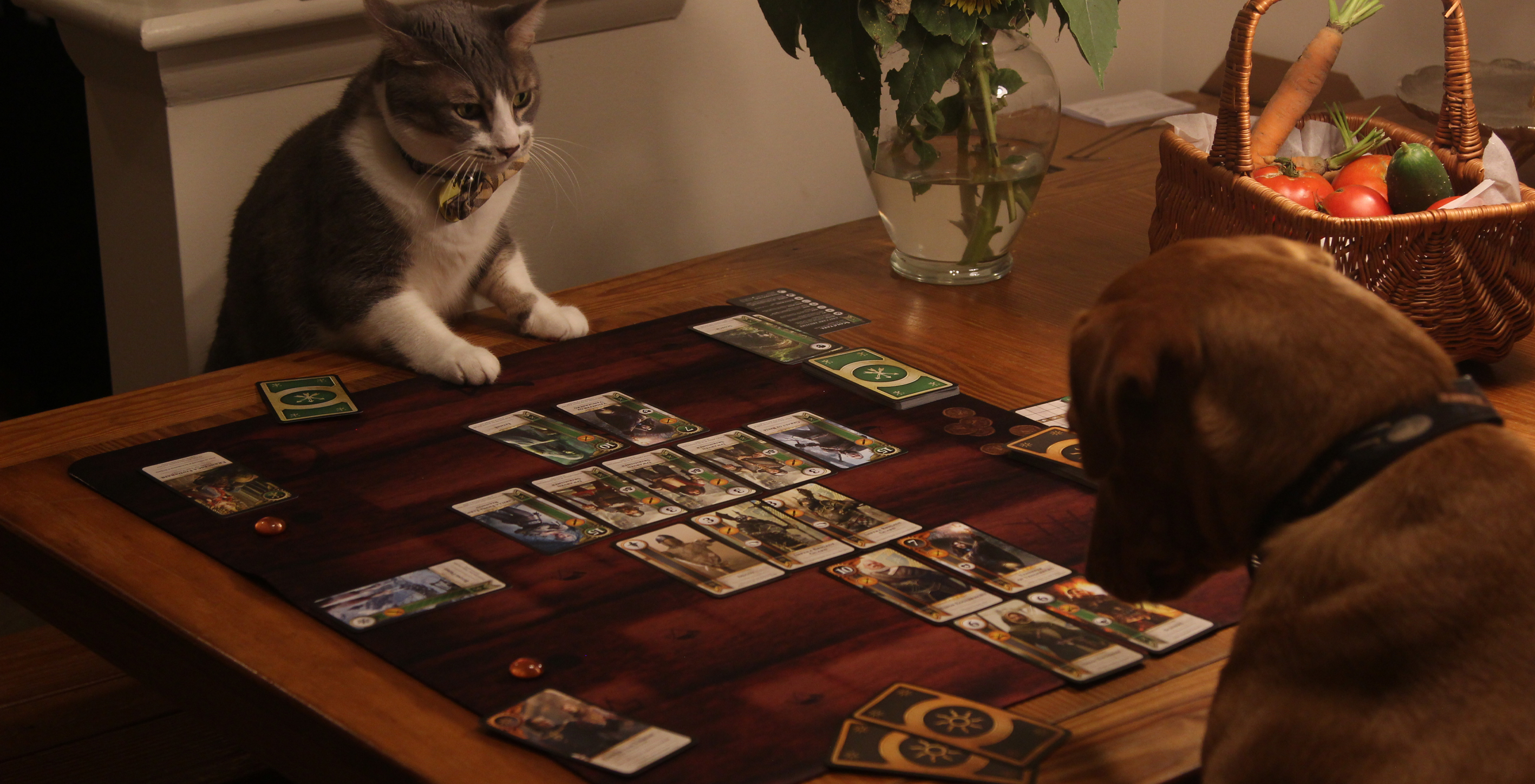 Specializing in game mats for card and board games.  Custom items available. 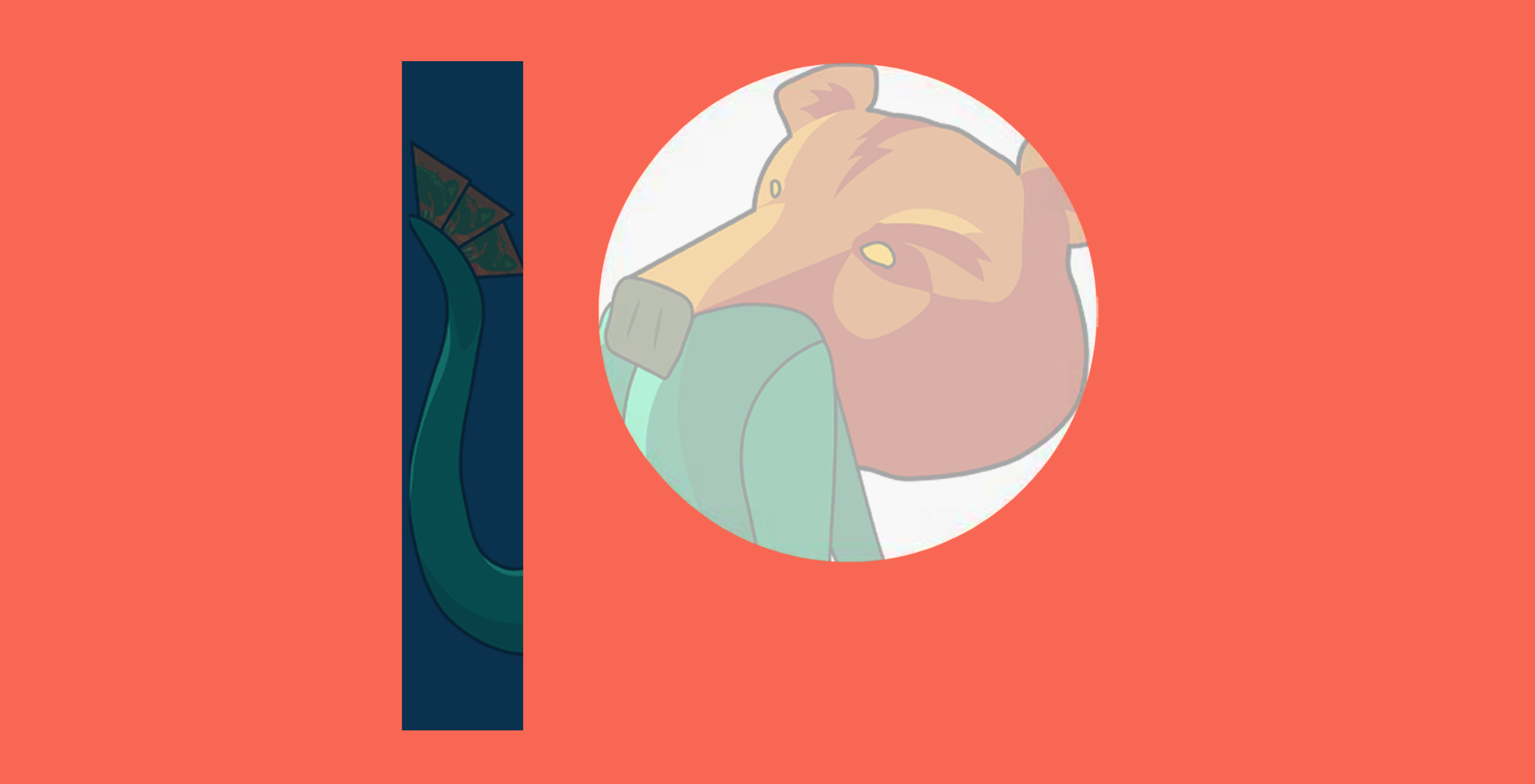